Gary Victor Dubin is a dynamite Honolulu foreclosure defense attorney with over 40 wins by the DUBIN LAW FIRM in Hawaii foreclosure courts for his clients just in the last year. This is a stunning success given the current judicial climate in Hawaii, not to mention the complexity of securitization, the hidden frauds…and of course, card games and golfing with banksters doesn’t help either.

Dubin’s essay “Securitized Distrust” is a culmination of insight with over 20+ years of first hand litigation and this leads right into our latest discovery of WaMu multiple trust loan assignments. Shuffling or fraud… or both?

Check your winning WaMu lottery loan numbers folks and find  a good foreclosure defense attorney that understands securitization – you may have a free house… or a severely clouded title. And if you are an investor – you may have hit pay dirt.
(More WaMu at the bottom)

Securitized trusts — that is, the bundling and selling of shares therein to investors via a business merger between lenders and wall street (mortgage backed securities or MBS) — is relatively new, not even understood by many lawyers today and very few if fully any Hawaii judges, and certainly not by me until only a few years ago, and I am still learning day by day.

In recent years, my law firm has handled dozens of securitized trust foreclosure defense cases and one defense of an SEC civil prosecution against broker-sellers of such MBS shares. The fraud throughout the secondary mortgage market has been pervasive:

2. Based on the testimony of whistleblowers and forthright bank executives, lenders intentionally destroyed most of their original notes and instead before doing so digitized

them, supposedly for convenience — which of course destroyed their status as negotiable instruments, leaving only copies somewhere, and often not with the Trustee.

3. At first, it appeared that that was just sloppiness, but subsequently in our cases we have discovered that it appears to have been common practice intentionally not to deposit the notes (or the mortgages) in the securitized trusts, but to withhold them and unlawfully use them on the side as collateral to support loans or credit from Federal Home Loan Bank Boards, a practice that apparently mushroomed as lenders found themselves in financial trouble and in need of capital.

4. Documented evidence has recently just been brought to my attention that many notes and mortgages were even put simultaneously into two or three or perhaps even more separate securitized trusts, unknown of course to individual investors who thought that they had sole security for their investments, unknown to insurance companies like AIG that insured the MBS based on certified loan underwriting guidelines that they were unaware were being ignored and intentionally compromised by false appraisals and false loan applications.

7. As a result, as all of this began to surface a year or so ago, as a corollary to the so-called “too big to fail” hobgoblin, the Obama Administration and regulatory agencies began to seek frankly to cover things up, recently convincing the AGs to settle with the big five banks which are either securitized trust loan servicers or Trustees themselves and to grant them immunity, especially I understand from IRS violations.

8. The effect on borrowers has been dramatic. As foreclosures increased, the securitized trusts have had a huge problem, how to foreclose in court (or nonjudicial proceedings) without the notes or even the mortgages — so they began to falsify promissory notes when needed (we have even found evidence that some lenders have been photo-shopping notes), to create phony allonges and phony bearer notes, and to submit in court no less fraudulently notarized and fraudulently signed mortgage assignments to the securitized trusts — a practice now having become famously known as “robo-signing.”

9. At first, the foreclosing mortgagees got away with it as judges and attorneys were virtually unanimously unaware of what was going on, until a few relentless attorneys and investigators on the Mainland exposed the fraud — one recently getting I understand $18,000,000 from the recent AG settlement for her False Claims Act whistle-blowing!

10. For some time my law firm has been arguing such issues in defense of borrowers — particularly as standing issues — but with little success, until recently, as more and more Hawaii judges are finally beginning to understand.

11. Very rarely in our cases is the issue one of lost notes or lost mortgages, but usually phony note endorsements or phony allonges or phony mortgage assignments — or all three.

12. Mortgages of course in Hawaii are all recorded at the State Bureau of Conveyances, but as a result mainly due to the use by securitized trusts of the private Mortgage Electronic Registration System (MERS), mortgage assignments have not been contemporaneously recorded — which has allowed the illicit trafficking in mortgage interests — which has generated still additional legal issues, such as whether the ownership of the promissory note can be separated from the ownership of the related mortgage, an issue now before several state high courts on the Mainland.

The above flood of new legal issues is just starting to hit Hawaii appellate courts, as my law firm has several related cases presently working their way through our appellate system, as the largest financial scandal in American history plays out.

Unlike the recent AG settlement, I prefer the approach that enforces traditional real property and UCC negotiable instruments laws, like the New York and New Jersey courts are now doing, and let the chips fall where they may — directly on top of the heads of those who violated the law — by refusing to reward fraud. 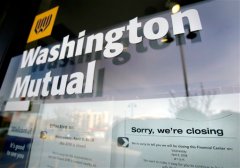 What a mess! And don’t act like it’s news to you, Mr. Dimon. We’re still analyzing the 503 dual trust loans we’ve found (same mortgage loan in 2 different trusts).  Over 500 loans in at least 2 trusts is enough reason to hire an attorney to investigate and/or take to your state AG.  Here are some of the biggies for now.  The 6X, 5X and 3X Trust sitters.  If you own a WaMu mortgage loan or investment certificates, better check your paperwork… not that any of these loans actually made it into the trusts… maybe their applications did… but the jury is still out on actual signed promissory notes and mortgages.  More updates to follow – stay tuned. Let us know if any of these belong to you.