Who Forced BLOOMBERG TERMINAL To Shut Down ALL Audit Service Providers? Can You Say Tortious Interference?

A couple of weeks ago forensic auditors and attorneys ran into the Bloomberg Terminal iceberg when Bloomberg Terminal (a securities stock searching software program) locked them out of the loan finding program [LFND]). Without warning Bloomberg Terminal shutdown access to the loan searching program that had been used by numerous companies to research securitized trusts and the loans within in them. It appears too many loans had been found in trusts when the servicers were claiming ownership. What better way to stop the truth than to try to sink the ship?

Unknown to most homeowners, their mortgage loans ended up trading on Wall Street in alleged REMIC trusts, supposedly tax shelters for investors who turned over primarily 401ks, pension and retirement funds in what now is viewed by many as the world’s largest and most egregious un-prosecuted Ponzi scheme [and its no wonder why Bernie Madoff wants out of prison, at least some recovery was achieved]. It now appears the INVESTORS in the securitized RMBS (Residential Mortgaged-Backed Securities) trusts failed to scrutinize the assets of the alleged REMICs.  It also appears, the Depositors and Trustees for the trusts apparently did not properly and timely assign the mortgage loan documents to the Certificateholders and it appears in most cases the REMICs have actually failed. 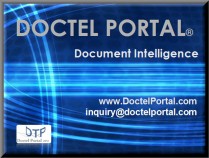 From what sources inside the loan audit and forensics companies say, many times the servicer initiates a foreclosure action in its own name when it doesn’t own the loan. In particular, the loan may actually be in a REMIC trust – that many times has been paid! Paid by either Uncle Sam TARP (thank you very much) or by some other entity that the borrower has no obligation or agreement to repay.

The dilemma here is that the IRS doesn’t care who pays your loan, as long as neither you or your benefactor claim deductions. For example, attorneys have noted that if your Uncle makes your mortgage loan payments, as long as neither you or he claims deductions, that is perfectly legal. Under current law, each taxpayer is allowed to give gifts of up to $1 million in their lifetime before they begin paying gift tax. Gifts which exceed $13,000 to the same person in one year must be reported on Form 709, and those gifts then reduce the taxpayer’s remaining lifetime limit. But no taxes actually apply until the taxpayer reaches that $1 million lifetime exemption.

In many cases these REMIC trusts appear to be current when servicers began foreclosure. Investors have been paid whether through TARP funds or foreclosure insurance – and in that case, loans still existing in the trust may not actually be in default. Goodness, maybe the banks haven’t been reporting on the Form 709…

Homeowners have become more savvy theses days and many are asking to find their loans before they are in default. Since the banks have been less than forthcoming, forensic auditors and attorneys began using Bloomberg Terminal to research the trust location of loans. While your name and address do not appear in Bloomberg Terminal, your loan information may be available, such as your loan number (although many times the banks have changed the original loan numbers), your credit score, the amount of your original loan payment, interest rate, zip code, amount and date of your mortgage – enough information to pretty accurately pinpoint the alleged loan that is actively trading…Yes, actively trading. Maybe even portions of it has been paid off.

Although there are still other options open to finding your mortgage loan, the freeze out of Bloomberg Terminal is a little more than suspect. Admittedly, Bloomberg makes a ton of money from these small companies – it’s about $2000 a month to operate the Bloomberg Terminal software. On the other hand, Bloomberg is intrinsically linked to Wall Street banks and its connections are strong and go very deep.

So, auditors feel somebody likely dropped a chunk of change …or asked a VERY big favor when Bloomberg shut down their LFND customers. That’s not the only issue, Bloomberg may have left itself open to a Tortious Interference class action lawsuit. It wouldn’t be surprising to find that big banks and servicers like Aurora (formerly owned by Lehman) and others like BofA contacted Bloomberg and offered monetary infusions to reset the forensic auditors’ computers. Not everybody was aced out… just the smaller companies (isn’t that a bias?) that would prefer to chew off a leg or two of these banks rather than play the “sell-out your client” game.

“Bloomberg had the right to terminate the contract at any time. But what if Bloomberg was told, forced or otherwise convinced to shut down and terminate service providers contracts?

Wouldn’t such an act constitute tortious interference with contract or perspective business advantage?” asks Anthony Martinez, a Litigation Discovery Expert, Consultant and Strategist, who will be hosting a blog forum discussing this subject on Thursday, February 21, 2013 at 8 pm EST on his Blog Talk Radio Show – “Strategy No 3. Securitization – The Truth About Your Loan“.

Last July 2012, shortly after a Hawaii attorney submitted a declaration of a Bloomberg Terminal analyst who had found a loan Aurora (the servicer) claimed to own 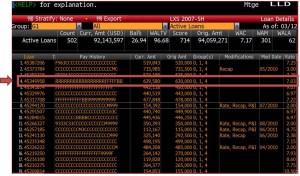 actively trading in a Lehman XS Trust 2007-5H to the Hawaii United States District Court, Honorable Judge Seabright, the company the attorney used to obtain the research suddenly was frozen out of the LFND portion of Bloomberg Terminal.

The opposing counsel was RCO Hawaii aka Northwest Trustee Services, Inc. which is a full-service trustee company providing default services to mortgage lenders in the Western United States, a powerful force not known for its fair play or legal ethics.

You see, if a loan is actively trading in the trust then it [allegedly] belongs to the Certificateholders… and in that case the court should demand an agreement or some document to establish that the Plaintiff before the court has standing to sue the homeowner – and if not – sayonara.

What do you think these banks have to hide? The fact that these loans have been paid? The fact that they bank on judges not knowing which end is up? Hey, if the loan is paid – it is paid, right? Lord knows, after they’ve put the homeowners through such stress, taken billion$ of dollars from the taxpayers to prop themselves up when they should have been arrested, surely the banks are not expected to allow research and discovery to get to the actual truth – oh, my no!

Someday, maybe judges will realize that there are no funds in their mutual funds, that the stock market is severely over-leveraged and that it can’t keep this up for very much longer – and then…and only then will they start interpreting and following the rule of law in order to make decent decisions.

MARK YOUR CALENDAR – TURN ON YOUR REMINDER

Learn why attorneys are waiving YOUR rights in litigation right from the start and what’s next for loan level data searching. In this episode he will touch on:

– How to find out if your loan was securitized;
– The right audit company vs. the wrong audit company;
– Do it yourself tools available to you;
– Making sure YOUR attorney doesn’t  waive YOUR rights that can cost you YOUR case;
– Why some attorneys do think much about securitization audits;
– Avoiding scams;
– Lateral thinking – The Moral War is not the Art of War – The beginning discussions of not leaving the answer to the people’s problems in the hands of lobbied government; and
– Much more!!!