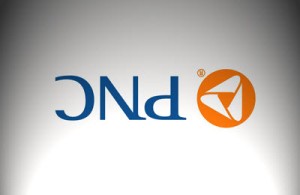 Some three years later, PNC notified Plaintiff by mail that its SDOT was discharged, apparently due to a settlement agreement PNC had reached with various agencies of the United States government. PNC effectuated that cancellation by sending a 1099-C form approved by the Internal Revenue Service for cancelling a debt. Plaintiff received the Form 1099-C on or about June 29, 2010. According to Plaintiff, because the 1099-C cancelled the amount she owed on the second mortgage, she believed it legally released her from any further obligation to pay the debt. Plaintiff accordingly reported the debt cancellation as income to the Internal Revenue Service for the 2010 calendar year.

Unbeknownst to Plaintiff, PNC never recorded a release of lien as to its SDOT, and in fact assigned its purported interest in the loan to Defendant U.S. Mortgage Resolution (“UMR”) in approximately March of 2012. UMR, who made no attempt to foreclose on the loan, then sold the SDOT to Vida sometime in 2014.

For all the foregoing reasons, Defendant’s Motion to Dismiss (ECF No. 5) is DENIED. Additionally, Plaintiff’s request for leave to amend is GRANTED. Plaintiff may file an amended complaint adding her proposed new cause of action for breach of contract not later than twenty (20) days following the date this Memorandum and Order is electronically filed. Finally, Plaintiff’s Motion for Consolidation (ECF No. 16) is GRANTED. Both this case and the unlawful detainer action (Vida Capital Group, LLC v. Genet Habtemariam, No. 2:16-cv-01836-MCE-GGH) are consolidated for all purposes, including trial. The lead case in the consolidated action shall be Habtermariam v. Vida Capitol Group, et al., Case No. 2:16-cv-01189-MCE-GGH.

IT IS SO ORDERED.

It appears that a good majority of loans, at least “MERS-related”, were funneled through the GSEs and Fannie and Freddie may be the real party in interest.
More details COMING SOON in a DeadlyClear post.

The maneuvering of paper by the GSEs and the pretender lenders is akin to shoveling out a horse barn stall.
The only difference is that the horse barn has real manure.

Law360, New York (December 6, 2013, 11:34 AM EST) — PNC Financial Services Group Inc. on Friday announced an $89 million settlement with Freddie Mac, making it the latest bank and the second within a week to bring to a close mortgage repurchase claims with the government-controlled firm.

The settlement resolves all repurchase claims against PNC related to around 900,000 home loans the Pittsburgh-based bank sold to Freddie Mac between 2000 and 2008, compensating Freddie Mac for any losses it has already incurred on those mortgages and any future losses those mortgages will generate due to denials, rescissions or cancellations of mortgage insurance.

“The completion of these settlement agreements will resolve substantially all of PNC Bank’s outstanding and potential indemnification and repurchase obligations related to loans sold to Freddie Mac and Fannie Mae from 2000 through 2008, subject to certain exceptions which PNC does not believe are material,” PNC said in a statement.

Friday’s settlement comes on the heels of a $404 million agreement Freddie Mac reached with Bank of America Corp. on Dec. 2 over mortgages the Charlotte-based bank sold between January 2000 and December 2009. It also follows a directive from the Federal Housing Finance Agency, Freddie Mac and Fannie Mae’s federal conservator, wrap up their claims against banks related to the housing bubble. [DC Ed: Here is another BofA/Countrywide $16.65 Billion dollar Settlement with the DOJ.]

The FHFA said those settlements need to be completed soon to help bring certainty to the housing market and boost its slow, post-crisis recovery. [DC Ed: Oh, sure…]

Before Monday’s settlement, Freddie Mac and Fannie Mae had recovered more than $18 billion from banks in the first 10 months of 2013 alone.

The highlights of Fannie Mae and Freddie Mac’s push to recover money from bad loans were deals with Citigroup Inc. and JPMorgan Chase & Co., along with the major Bank of America settlements.

In October, the FHFA reached a $5.1 billion settlement with JPMorgan Chase that was included in the New York-based bank’s broader $13 billion global settlement with several federal agencies and state attorneys general.

In July, Citigroup agreed to pay $968 million to resolve repurchase claims related to 12 years’ worth of mortgages the country’s third-largest bank by assets sold to Fannie Mae.

In September, Citigroup announced that it had agreed to pay $395 million to Freddie Mac to resolve repurchase claims over some 3.7 million loans the bank had sold the mortgage giant from 2000 to 2012.

That settlement had also resolved similar claims about the representation and warranties in some 3.7 million first-lien mortgages that Citigroup’s mortgage unit CitiMortgage had sold to Fannie between 2000 and 2012, the bank had said at the time.

Later that same month, Wells Fargo & Co. agreed to an $869 million settlement with Freddie Mac over mortgages the bank sold before January 2009.

However, you need to read the following and connect the dots to see the complicity. Looking for THE REAL PARTY IN INTEREST for your loan?:

Take the time to read the following documents – it begins to paint the full picture.

Swamp? Yeah, we think so.