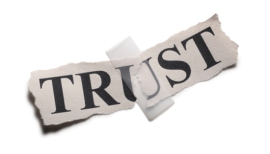 This is Alaska Trustee, L.L.C.,  OneWest Bank, Deutsche Bank and Lender Processing Services conspiring to forge/fabricate the endorsements on the Note.

This is actual correspondence obtained through discovery, submitted to the Court in a 60B motion, which was denied without a hearing at the trial court level.  [Read more on MSFraud HERE]

One would wonder how, for example, the State of Hawaii (who received a pittance compared to the damage to titles LPS has caused) could even begin to agree to a settlement when they have NEVER even bothered to audit its own Hawaii Bureau of Conveyances! Hawaii is a mortgage lien state where the homeowner holds the deed, unlike a Deed of Trust state where the deed is held by a (fishy) beneficiary.

Millions of homeowners never knew that LPS fabricated and falsified documents that could still cloud their titles for years to come – even if they received a modification. The point here is that many states, including Hawaii where land rights are a very precious subject, have turned a blind eye to fraudulent assignments of mortgage or the fact that the mortgage   END_OF_DOCUMENT_TOKEN_TO_BE_REPLACED

Ya think, maybe? MERS alleges to have registered 71 million mortgages. There were likely another 15-20 million “non-MERS” mortgages…

If you know about foreclosure fraud, the mass fabrication of mortgage documents in state courts by banks attempting to foreclose on homeowners, you may have one nagging question: Why did banks have to resort to this illegal scheme? Was it just cheaper to END_OF_DOCUMENT_TOKEN_TO_BE_REPLACED

“This [Federal Reserve Act] establishes the most gigantic trust on earth. When  President Wilson signs this bill, the invisible government of the monetary power will be legalized….the worst legislative crime of the ages is perpetrated by this banking and currency bill.” -Charles A. Lindbergh, Sr. , 1913 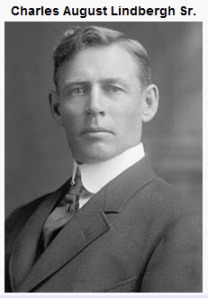 Charles A.Lindbergh Sr. was the father of Hana’s beloved “Lucky Lindy” – aviator Charles Lindbergh, who is buried just outside of Hana town in Kipahulu, Hawaii. It made sense to dedicate this post to his father, a Minnesota Congressman from 1907-1917.

One hundred years later, the Congressman’s courageous statements carry the truth of the corruption in Wall Street and government and strike at the very core of our nation, as well as the world’s, economic nightmare.

In 1913, he wrote Banking And Currency And The Money Trust  By Charles A. Lindbergh, and in 1917 he wrote “Why is Your Country at War?”, attributing high finance as END_OF_DOCUMENT_TOKEN_TO_BE_REPLACED

As our Founders recognized again and again, free speech and open debate are critical to a functioning democracy. See Benjamin Franklin, On Freedom of Speech and the Press, Penn. Gazette, Nov. 17, 1737 (“Freedom of speech is a principal pillar of a free government; when this support is taken away, the constitution of a free society is dissolved, and tyranny is erected on its ruins. Republics and limited monarchies derive their strength and vigor from a popular examination into the action of the magistrates.”); see also Letter from James Madison to W.T. Barry (Aug. 4, 1822), in 9 Writings of James Madison 103 (G. Hunt ed. 1910) (“A popular Government, without popular information, or the means of acquiring it, is but a Prologue to a Farce or a Tragedy; or, perhaps both.”). Source: The Press Foundation, Amicus Curiae, Twitter v. Holder (2/17/15)